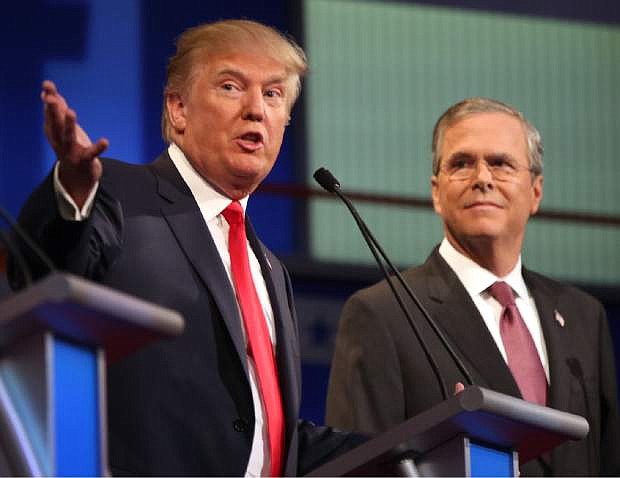 FILE - In this Aug. 6, 2015, file photo, Republican presidential candidates Donald Trump and Jeb Bush participate in the first Republican presidential debate at the Quicken Loans Arena in Cleveland. Presidential debates were big draws and big business for the networks that presented them in 2015 _ at least, when Donald Trump was involved. The first Republican debate was watched by 24 million viewers, the highest-rated broadcast in Fox News Channel&#039;s history. (AP Photo/Andrew Harnik, File) 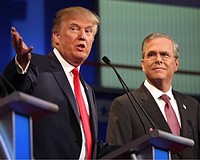 Empire, Trump, Williams, Jenner among TV’s most eye-popping in 2015

NEW YORK — It’s been a year of shifting sands in late night. A year of broken trust in two vastly different TV personalities. And a year when presidential debates became must-see TV.