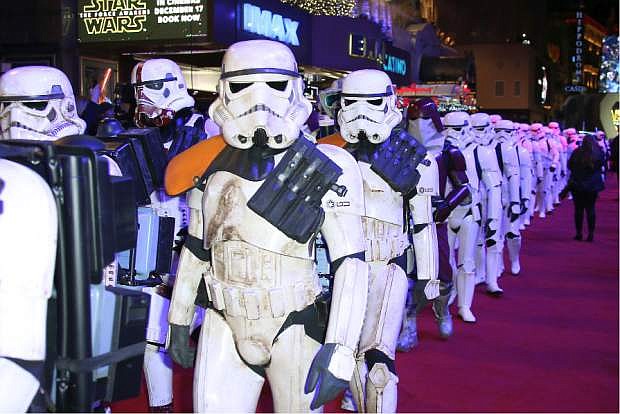 Actors dressed as Stormtroopers arrive at the European premiere of the film &#039;Star Wars: The Force Awakens &#039; in London, Wednesday, Dec. 16, 2015. (Photo by Joel Ryan/Invision/AP) 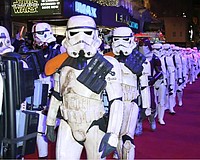 OK, so maybe he was mixing his “Star Wars” and “Star Trek” references. But when President Barack Obama spoke of getting congressional leaders into a “Jedi mind meld” back in 2013, eight years after the last “Star Wars” movie had come out, he was displaying in one small way just how firmly the franchise had rooted itself in our popular culture.