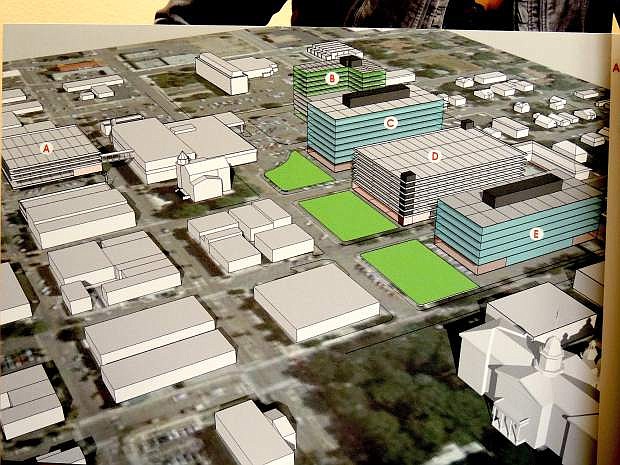 A 10.5-acre Carson City Capitol Mall project with a 10-story hotel, multi-story office structures and parking garages moved from the drawing board to city government Thursday. This drawing was the first proposed project. 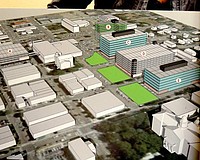 An “innovation district” called the Capitol Mall will rise by 2017 or 2018 in downtown Carson City, according to backers. That’s the gist of the message touting the proposed technology-oriented multiplex as it was outlined by two developers and associates. It’s a project covering several square blocks that will include a 150 key hotel, a companion tech conference center, two office structures, two parking garages, retail shops, bistros, and an amenity-filled green space plaza for community gatherings.