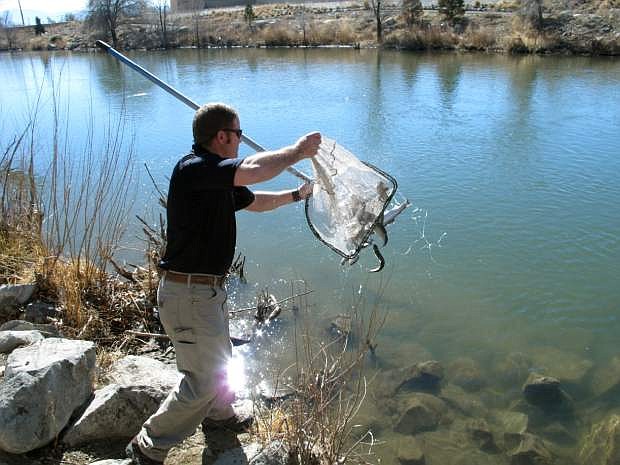 Aaron Keller, regional outdoor educator for the Nevada Department of Wildlife, straddles the bank of the Truckee River in Reno, Nev., on Wednesday, Feb. 18, 2015, to release some of the first of thousands of hatchery trout a month earlier than usual due to drought. Highs approached 70 degrees Wednesday along the Sierra&#039;s eastern front where dismal February snow pack has forecasters predicting a fourth consecutive year of drought. (AP Photo/Scott Sonner) 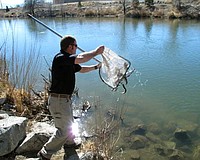 RENO — For the second year in a row, Nevada wildlife officials are releasing thousands of trout in the Truckee River a month earlier than usual to give them a fighting chance to survive in the cold mountain waters where they’ve spawned for centuries but face increasing threats from drought.