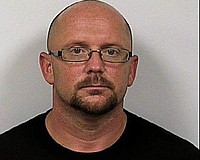 Carson City Sheriff’s deputies have arrested one of the men they believe is a leader of the ring who has committed numerous burglaries in Carson City, Douglas and Washoe counties over the past six months. It’s also been reported Washoe County Sheriff’s Detectives have arrested Drake Van Cleave, 50, another key suspect in the burglary ring.