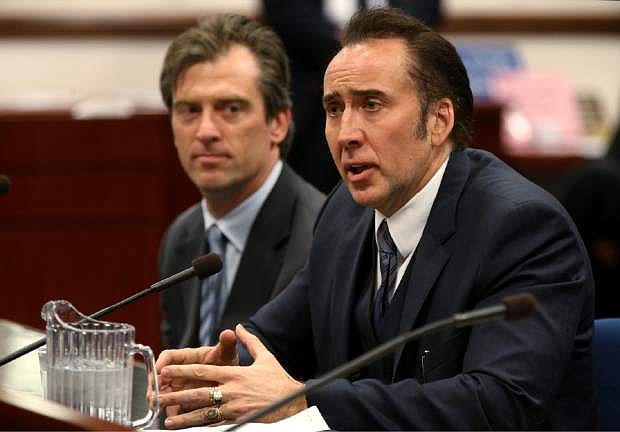 FILE - In this Tuesday, May 7, 2013 file photo, actor Nicolas Cage testifies in support of a bill proposing tax incentives to filmmakers at the Legislative Building Carson City, Nev. Cage&#039;s agent Michael Nilon is at left. Nevada lawmakers are hoping to breathe new life into a film tax credits program that was gutted while the state worked to attract Tesla. The Senate Revenue Committee is scheduled to review SB94 on Friday, Feb. 20, 2015. The measure would remove a cap that limits the state to awarding $10 million over the four years of the program, and would allow the Legislature to adjust that number.(AP Photo/Cathleen Allison) 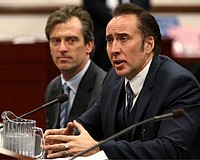 CARSON CITY — Nevada Sen. Aaron Ford said a film tax credit program launched a year ago has helped attract nine TV shows and films and more than $69 million in spending to the state.