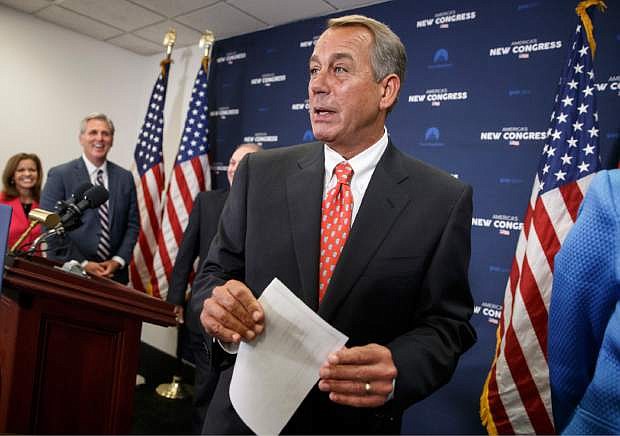 On the morning after President Barack Obama&#039;s State of the Union speech, House Speaker John Boehner of Ohio, leaves a news conference on Capitol Hill in Washington, Wednesday, Jan. 21, 2015, after telling reporters that he has asked Israeli Prime Minister Benjamin Netanyahu to address Congress on dealing with terrorism, but did not consult the White House on the invitation. From left are, Rep. Lynn Jenkins, R-Kansas, House Majority Leader Kevin McCarthy of Calif. and Boehner. (AP Photo/J. Scott Applewhite) (AP Photo/J. Scott Applewhite) 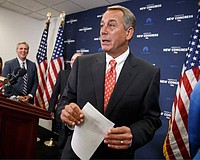