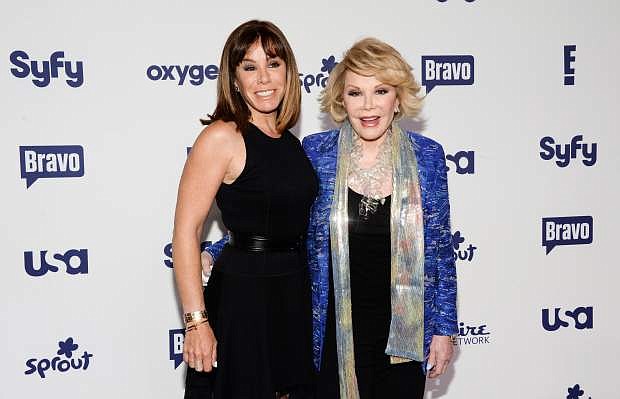 FILE - In this May 15, 2014 file photo, Melissa Rivers, left, and Joan Rivers attend the NBCUniversal Cable Entertainment 2014 Upfront at the Javits Center in New York. Melissa Rivers filed a malpractice lawsuit Monday, Jan. 26, 2015, against doctors and the clinic where her mother Joan Rivers had a routine medical procedure, stopped breathing, and later died. Rivers said in a statement that filing the suit was one of the most difficult decisions she had to make. (Photo by Evan Agostini/Invision/AP, File) 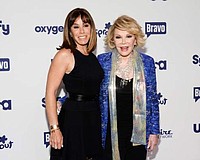 NEW YORK — While Joan Rivers lay sedated in a Manhattan clinic, her doctors performed unauthorized medical procedures, snapped a selfie with the comedian and failed to act as her vital signs deteriorated, according to a malpractice lawsuit filed Monday by her daughter, Melissa.