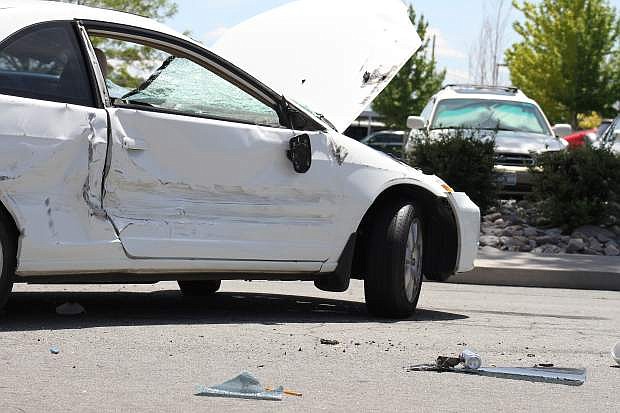 The aftermath of a rollover accident that left the driver of this Honda Civic with serious injuries. The accident occured on Roop Street and Beverly Drive after one car pulled out of the Senior Center and collided with the Civic. 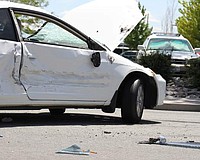 One woman was seriously injured after a rollover accident Wednesday. The accident occurred near Roop Street and Beverly Drive at 1 p.m., when two cars collided outside of the Senior Center. One car was coming out of the center’s parking lot when it hit a white Honda Civic traveling down Beverly. The Civic flipped at least two times, said Fire Chief Bob Schreihans.