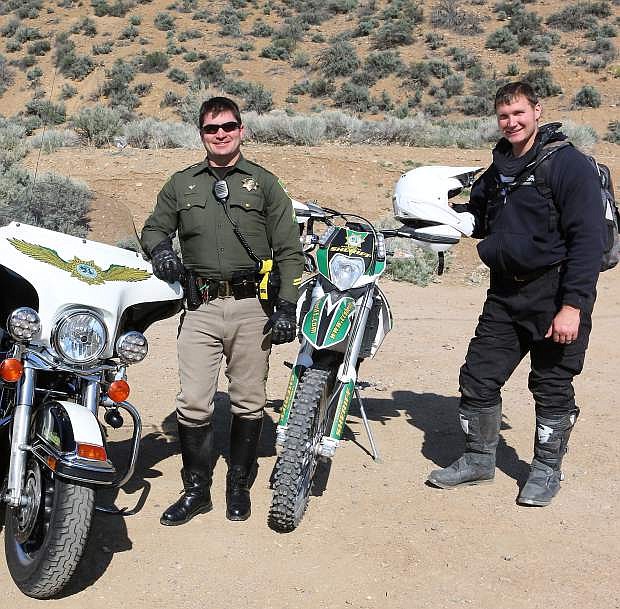 Deputies Matt Smith and Joey Trotter stand next to their motor bikes during a dirt bike demonstration. Smith and Trotter are two of the five deputies in the Carson City Sheriff&#039;s Office&#039;s Motor Unit, where they use motorcycles and dirt bikes in lieu of traditional police vehicles. 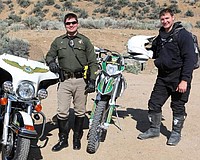 Many people think that getting to ride a motorcycle all day for work would be nothing but fun and games, however for the Carson City Sheriff’s Office’s Motor Unit it’s hard work, long training and of course, a little bit of fun. Five deputies make up the Motor Unit that combines their passion for bikes and police work. For the Motor Unit, instead of being in a car, they spend most of their time on motorcycles or dirt bikes conducting traffic stops, clearing accidents and responding to calls instead of in the police cars.