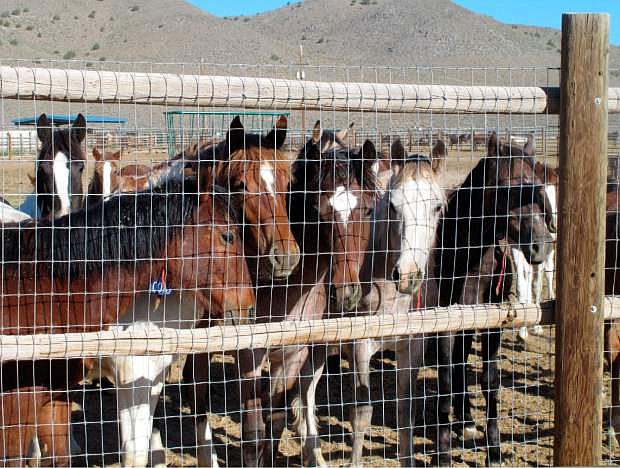 FILE - In this June 5, 2013 file photo, some of the hundreds of mustangs the U.S. Bureau of Land Management recently has removed from federal rangeland peer at visitors at the BLM&#039;s Palomino Valley holding facility about 20 miles north of Reno, Nev. A federal judge has agreed to let wild horse advocates make their case for a court order blocking another mustang roundup in Nevada in a legal battle underscoring divisions among protection groups over the use of a fertility drug to slow herd growth. U.S. District Judge Larry Hicks set a hearing Feb. 9, 2015 to hear the formal request for a preliminary junction prohibiting the government from gathering 332 horses in the Pine Nut Range southeast of Carson City. (AP Photo/Scott Sonner, File) 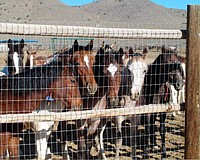 RENO — A federal judge on Thursday threw out a lawsuit filed by a coalition of rural Nevada counties that wanted to force the government to sell or otherwise dispose of tens of thousands of mustangs in U.S. holding facilities.