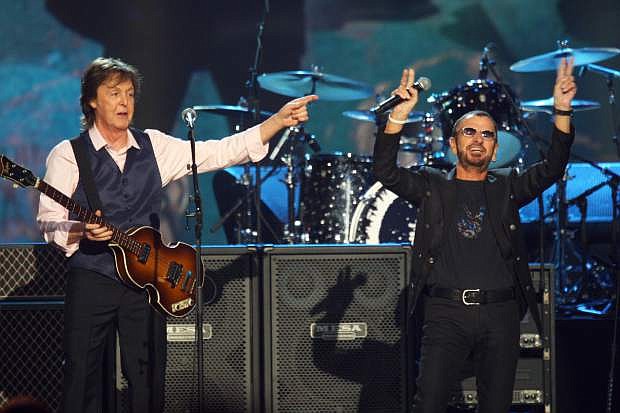 FILE - In this Jan. 27, 2014 file photo, Paul McCartney, left, and Ringo Starr perform at The Night that Changed America: A Grammy Salute to the Beatles in Los Angeles. McCartney will induct his former Beatle mate, Ringo Starr, into the Rock and Roll Hall of Fame next month. The 30th annual induction ceremony is scheduled for Cleveland&#039;s Public Hall on April 18. (Photo by Zach Cordner/Invision/AP, File) 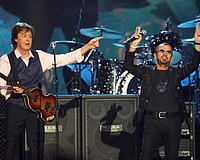 Ringo Starr to be inducted by Paul McCartney into rock hall

NEW YORK — Paul McCartney has agreed to induct his former Beatles mate, Ringo Starr, into the Rock and Roll Hall of Fame next month.