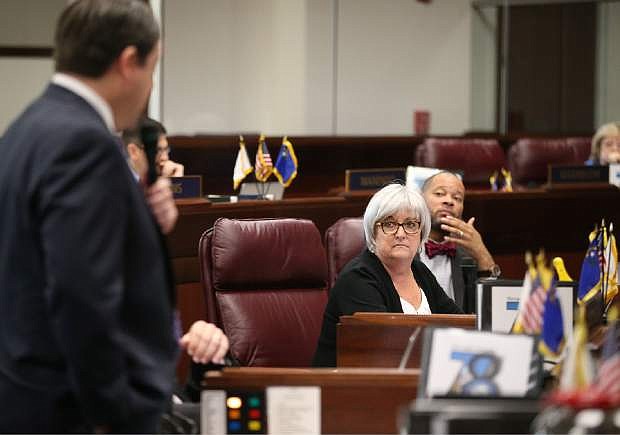 Nevada Senate Democrats Debbie Smith and Aaron Ford listen to Majority Leader Michael Roberson, R-Henderson, during Senate floor debate at the Legislative Building in Carson City, Nev., on Friday, May 8, 2015. Lawmakers voted down a bill allowing for ride-hailing companies like Uber and Lyft in a 13-7 vote that was one vote short of the two-thirds majority needed to pass. (AP Photo/Cathleen Allison) 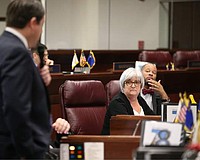 The bill to raise money for the UNLV Medical School and possibly provide more funding for Western Nevada and Great Basin Colleges by taxing taxicabs and ride sharing services such as Uber failed in the Senate Friday, falling just one vote short of a two-thirds majority.