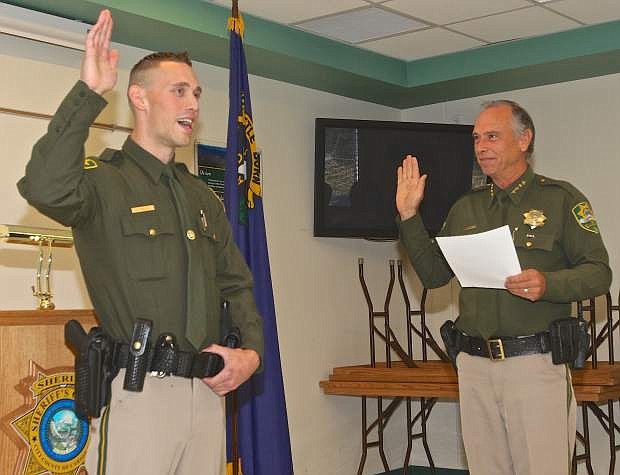 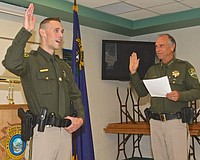 Working as a deputy in the Carson City Sheriff’s Office is becoming a family affair. The Sheriff’s Office swore in a new deputy Friday afternoon, 26-year-old Cody Bindley, the younger brother of a Carson City K9 deputy, Brett Bindley. Sheriff Ken Furlong gave Cody the Oath of Office to swear him in as an official Carson City deputy. Cody previously worked with the Washoe Tribe police for five years and Furlong said he’s coming to Carson City at a great time.