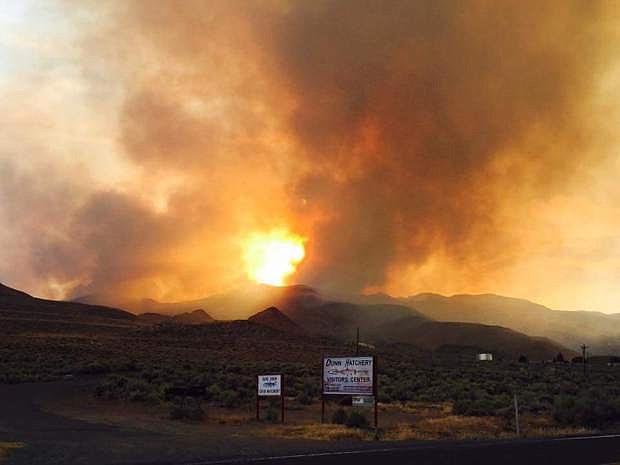 In this Friday, July 29, 2016 photo provided by Vince O&#039;Daye, smoke and flames are visible from a wildfire burning in the community of Sutcliffe, Nev., about 35 miles north of Reno, Nev. The wildfire was deterred Sunday from burning the tribal town that had evacuated hundreds of residents. (Courtesy of Vince O&#039;Daye via The AP) 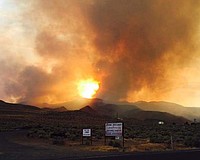 Wildfires were burning Monday in seven Western U.S. states, from California’s famed Big Sur region. Evacuations were ordered in Montana, Nevada, Oregon and Wyoming and firefighters were trying to stop a Washington blaze from reaching a thickly forested security zone at the Hanford Nuclear Reservation.