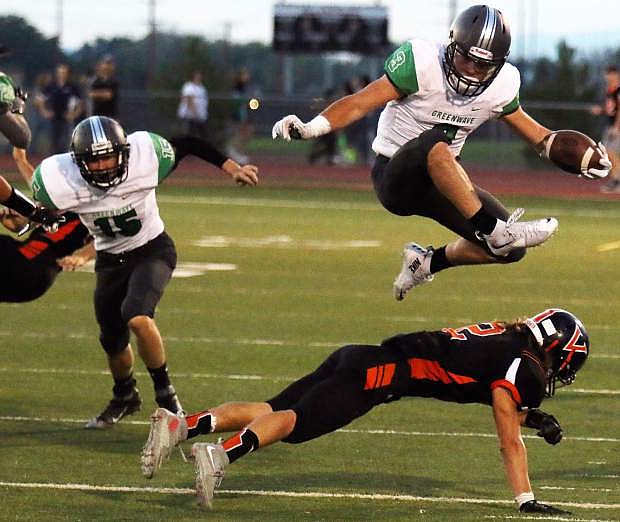 Fallon&#039;s Connor Nelson leaps over a Fernley defender in the Wave&#039;s season opener, a rivalry game against the Vaqueros. 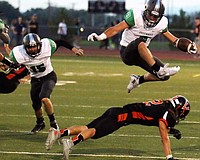 FERNLEY – It was the loss of 25 seniors that posed most of the questions facing Fallon’s quest for a repeat this season as state champions. It was a handful of returners that had most of the answers as the Greenwave opened the Northern 3A season with a 26-13 win at Fernley on Friday night.