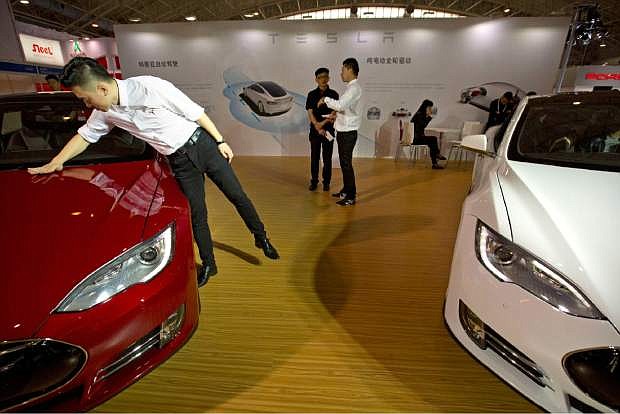 FILE - In this Monday, April 25, 2016, file photo, a staff member cleans the hood of a Tesla Model S electric car near a display advertising Tesla&#039;s self-driving features at the Beijing International Automotive Exhibition in Beijing, China. Tesla says it can&#039;t verify whether a vehicle autopilot system is to blame for the death of a Chinese man whose father claimed in a report broadcasted Wednesday, Sept. 14, 2016, on state television that the driver-assist feature was active at the time of his crash. (AP Photo/Mark Schiefelbein, File) 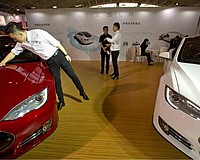