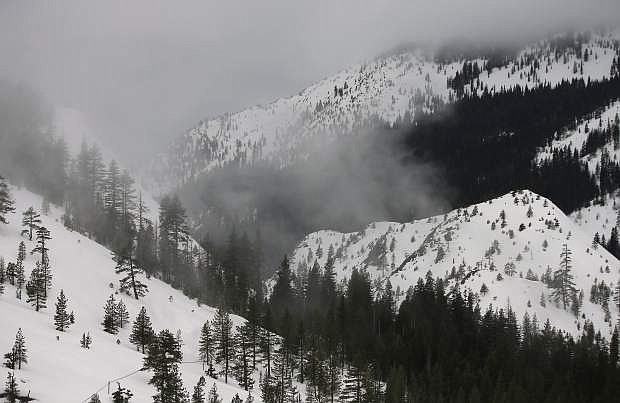 FILE - In this Thursday, Feb. 2, 2017 file photo, fog and mist shroud the Sierra Nevada, near Echo Summit, Calif. The National Weather Service says this is now the wettest winter on record in the Northern California mountains. Weather Service officials say an index of precipitation at eight stations in the northern Sierra Nevada surpassed the old record at about 4 a.m. Thursday, April 13, 2017, with just under 90 inches of rain and snow. The previous record of 88.5 inches was set in the winter of 1982-1983. (AP Photo/Rich Pedroncelli, File) 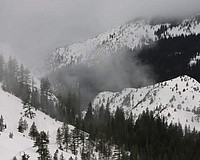