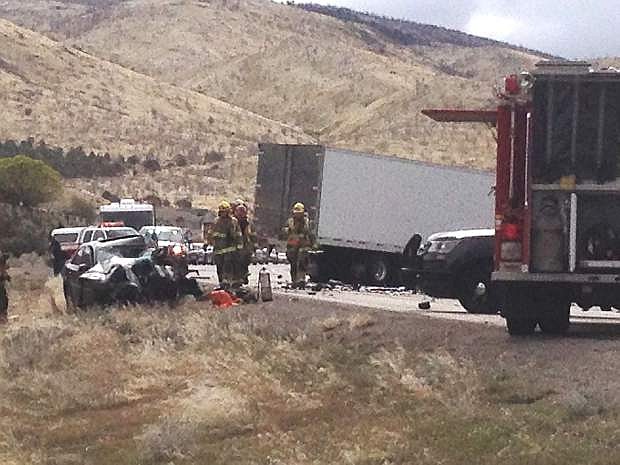 One person is dead and Highway 395 was closed a half mile south of the intersection with Ray May Way in Douglas County after a head-on collision between a semi truck and a sedan occurred Monday morning. The crash was first reported at 9:27 a.m. The driver of the semi refused medical treatment, according to medics responding to the collision. A fuel leak from the truck was stopped. 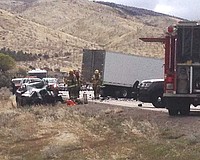