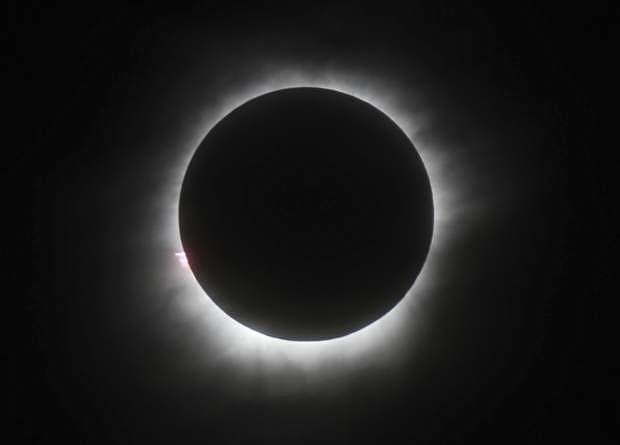 FILE - This March 9, 2016, file photo shows a total solar eclipse in Belitung, Indonesia. A solar eclipse on Monday, Aug. 21, 2017, is set to star in several special broadcasts on TV and online. PBS, ABC, NBC, NASA Television and the Science Channel are among the outlets planning extended coverage of the first solar eclipse visible across the United States in 99 years. (AP Photo/File) 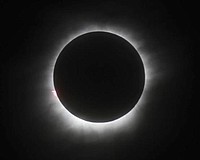 Can’t see the solar eclipse? Tune in online or on TV