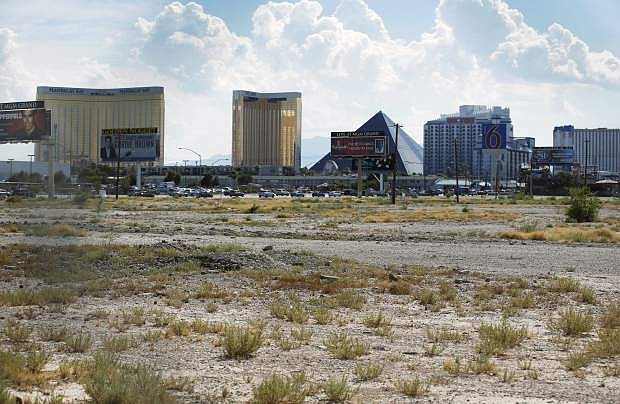 FILE - In this July 1, 2016, file photo, a vacant lot that is the site of a proposed football stadium sits near McCarran International Airport in Las Vegas. The board overseeing the proposed Las Vegas NFL stadium was set to meet Thursday, March 9, 2017, for the first time since the Oakland Raiders told the league that they have found a new partner to finance the facility. The meeting of the stadium authority board comes the same week the team presented to the NFL the new proposal with financing backed by Bank of America. (AP Photo/John Locher, File) 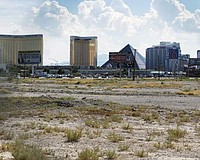