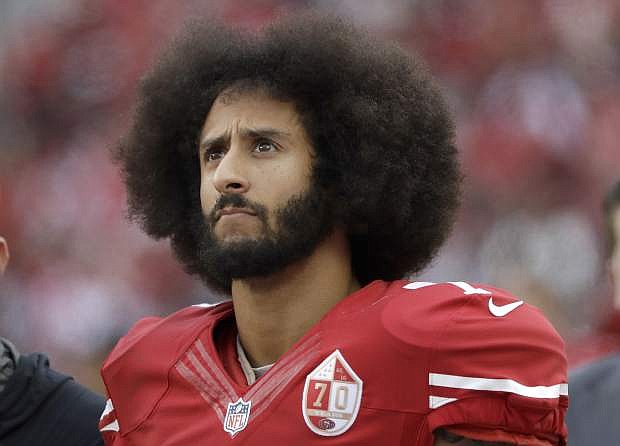 FILE - In this Dec. 11, 2016, file photo, San Francisco 49ers quarterback Colin Kaepernick stands in the bench area during the second half of the team&#039;s NFL football game against the New York Jets in Santa Clara, Calif. An arbitrator is sending Kaepernick&#039;s grievance with the NFL to trial, denying the league&#039;s request to throw out the quarterback&#039;s claims that owners conspired to keep him out of the league because of his protests of social injustice. (AP Photo/Marcio Jose Sanchez, File) 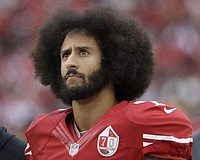