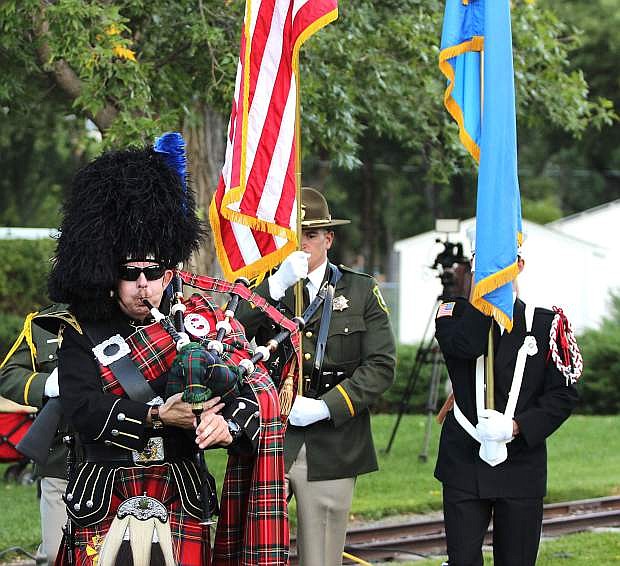 September 12: Bagpiper Robert Bledsaw leads a combined honor guard of both the Carson City Sheriff and Fire departments. Carson City residents were told never to forget 9/11 in a remembrance ceremony in Mills Park commemorating the terrorist attack that occurred 17 years ago. 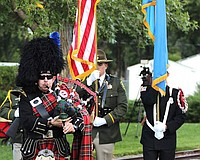