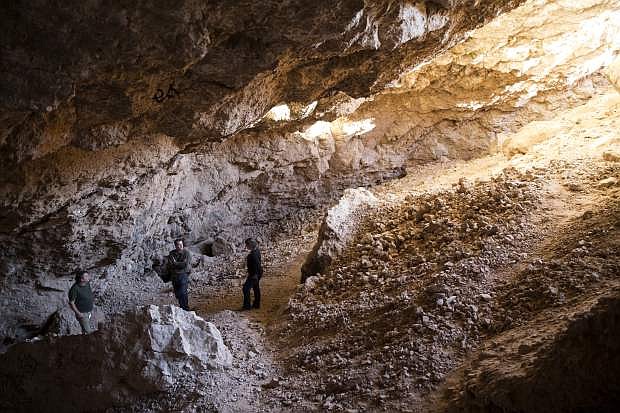 In this Tuesday, Dec. 19, 2017 photo, archaeologist Justin DeMaio, center, stands during a tour of the Gypsum Cave east of Las Vegas. A well-preserved horse skull collected more than 86 years ago from the cave near Las Vegas is helping scientists identify a new type of extinct, stilt-legged horse that died out during the last ice age. A team of researchers led by famed archaeologist Mark Harrington discovered the bone in the 1930s inside the Gypsum Cave. (Erik Verduzco/Las Vegas Review-Journal via AP) 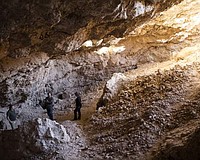