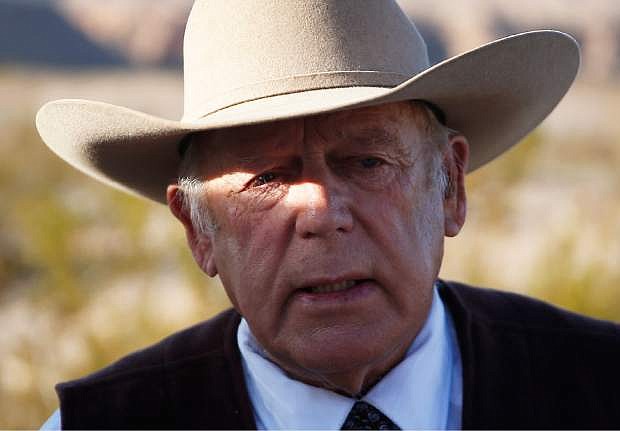 In a Wednesday, Jan. 27, 2016 file photo, rancher Cliven Bundy speaks to media while standing along the road near his ranch, in Bunkerville, Nev. 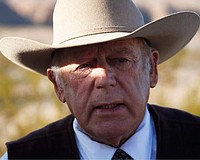 A decision is due Monday from a judge in Las Vegas about whether the federal government can try again to prosecute a Nevada rancher and followers accused of leading an armed uprising against federal authorities in April 2014. Chief U.S. District Judge Gloria Navarro signaled when she declared a mistrial last month that she might dismiss the case outright against 71-year-old Cliven Bundy, sons Ryan and Ammon Bundy, and Montana militia leader Ryan Payne.