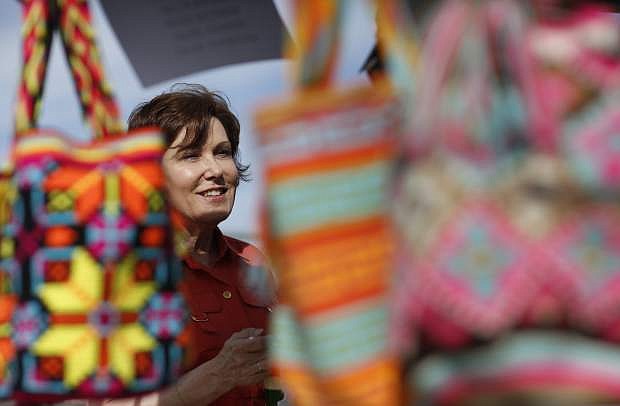 In this May 5, 2018, photo, Rep. Jacky Rosen, D-Nev., speaks with vendors at a Cinco de Mayo festival in North Las Vegas, Nev. Rosen is running for the U.S. Senate. Democrats hoping to take control of the U.S. Senate in November believe one of their best chances to pick up a seat this year lies in battleground Nevada, where Sen. Dean Heller is the only Republican running for re-election in a state that Democrat Hillary Clinton carried in 2016. (AP Photo/John Locher) 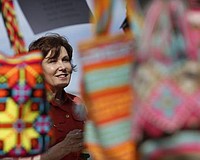