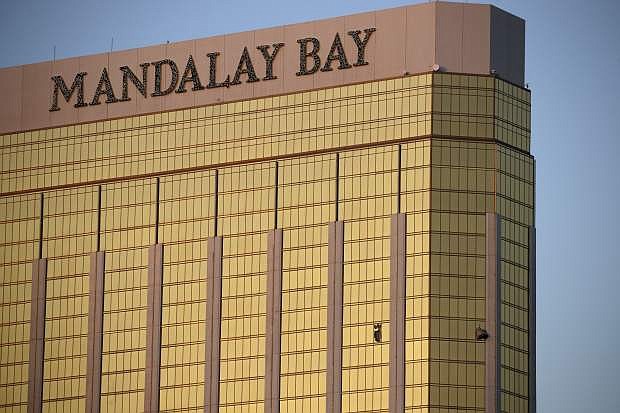 FILE - In this Oct. 2, 2017, file photo, drapes billow out of broken windows at the Mandalay Bay resort and casino on the Las Vegas Strip, following a deadly shooting at a music festival in Las Vegas. It took 11 minutes for the gunman in the deadliest mass shooting in modern U.S. history to kill 58 people. Then he killed himself. A year later, Las Vegas police and the FBI have found no motive for the rampage. (AP Photo/John Locher, File) 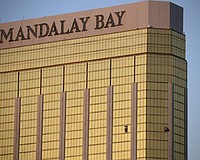