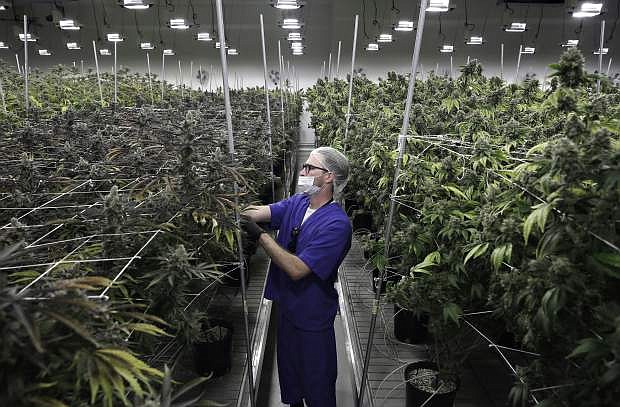 FILE - In this June 28, 2017, file photo, Alessandro Cesario, the director of cultivation, works with marijuana plants at the Desert Grown Farms cultivation facility in Las Vegas. A marijuana trade group says pot production, processing and sales could be a billion-dollar industry in Nevada by 2024. That&#039;s a key finding in an economic analysis being released Friday, Oct. 26, 2018, by the Nevada Dispensary Association. It projects that pot-friendly policies in tourist-oriented Las Vegas and Reno could make Nevada one of the nation&#039;s largest marijuana marketplaces. State officials have reported almost $530 million in pot sales since July 1, 2017. (AP Photo/John Locher, File) 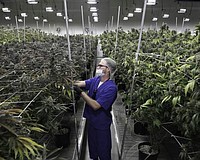