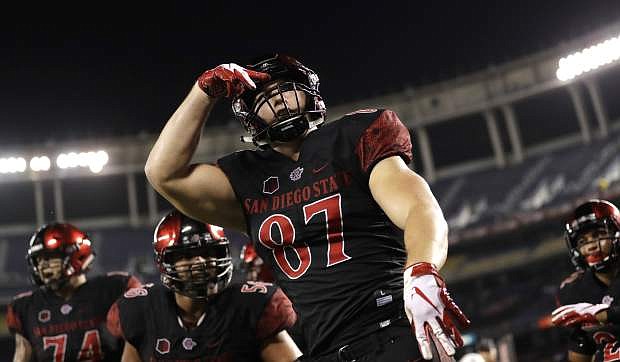 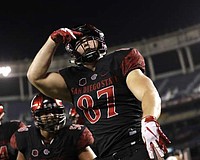 A new No. 1 in Mountain West rankings

There’s a new No. 1 team in the Nevada Appeal Mountain West football rankings. The San Diego State Aztecs upset the nationally ranked Arizona State Sun Devils, 28-21, last Saturday night in San Diego and now sit atop the rankings. Boise State fell one spot to No. 2 after a 44-21 loss at Oklahoma State while Fresno State remained at No. 3 after going to the Rose Bowl and beating UCLA, 38-14