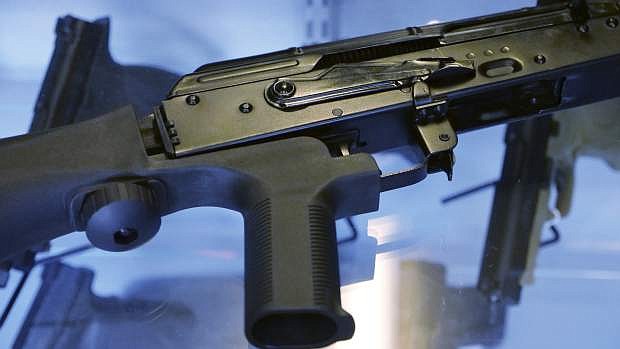 FILE - This Oct. 4, 2017 file photo shows a device called a &quot;bump stock&quot; attached to a semi-automatic rifle at a gun store and shooting range in Utah. 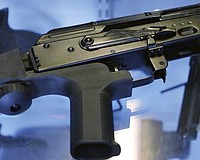 The gunman in the Las Vegas mass shooting was armed with 23 AR-style weapons, 14 of them fitted with “bump stocks” that allowed them to mimic fully automatic fire. The devices were little-known before they were used in the Oct. 1 rampage, the deadliest mass shooting in modern U.S. history. And in the immediate aftermath, there were calls from a wide spectrum of lawmakers and advocates on firearms issues to have them banned.