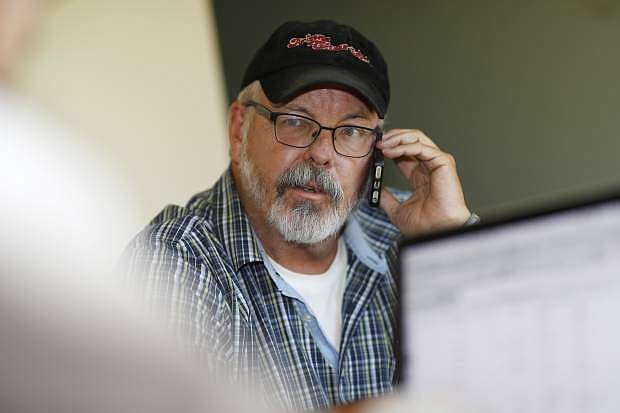 Tom Sullivan, a candidate for a Colorado State Senate district, confers with his campaign manager Kris Grant while making campaign calls from Sullivan&#039;s home in Centennial, Colo., on Thursday, Sept. 20, 2018. Sullivan, whose son Alex was killed by James Holmes as he celebrated his 27th birthday in the Aurora theater, said he is encouraged that the state has maintained the post-Aurora ammunition limits and is calling for further gun control as he runs for a Colorado state House seat. Sullivan sees long-term promise in gun-control efforts by Parkland students and survivors of other mass shootings. (AP Photo/David Zalubowski) 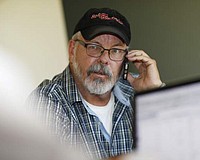