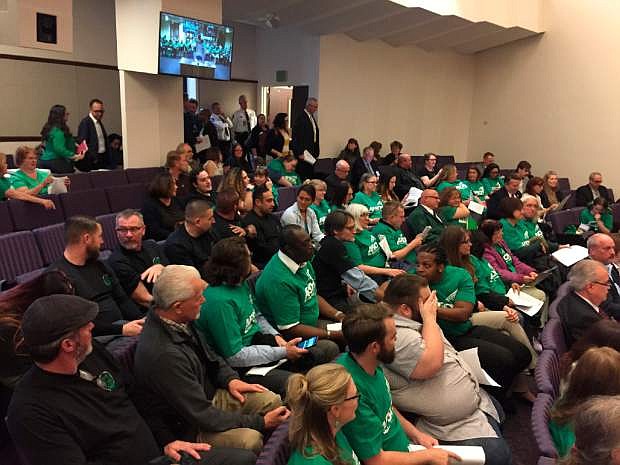 A crowd gathers before a hearing with Nevada lawmakers on a bill that would allow state workers to collectively bargain Thursday, April 4, 2019, in Carson City, Nev. The hearing drew dozens of people to the legislative building. The measure seeks to allow state workers the right to bargain collectively over wages, hours and other employment conditions. (AP Photo/Ryan Tarinelli) 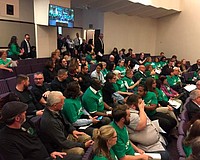 Nevada state workers flooded a legislative hearing Thursday night and urged lawmakers to support a bill that would give them the right to collectively bargain.