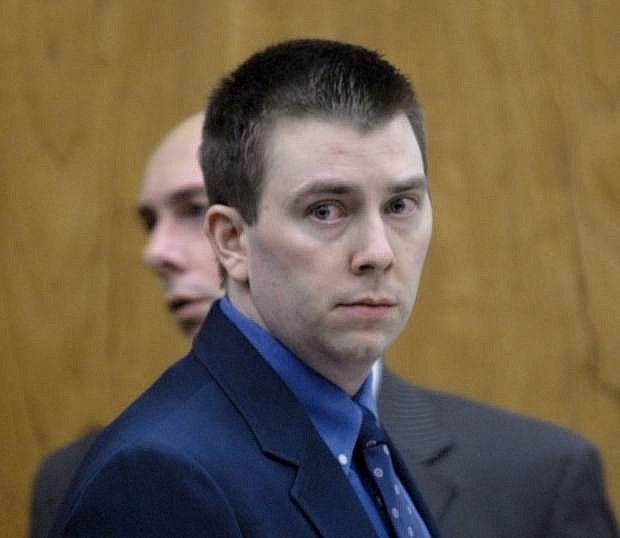 Defendant James Michael Biela stands in front of Jay Slocum, deputy public defender, in court in Reno, Nev. on Monday May 10, 2010 in the jury selection portion of his trial for allegedly raping and killing Brianna Denison in 2008 in Reno. (AP Photo/Pool, Marilyn Newton) 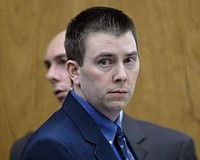