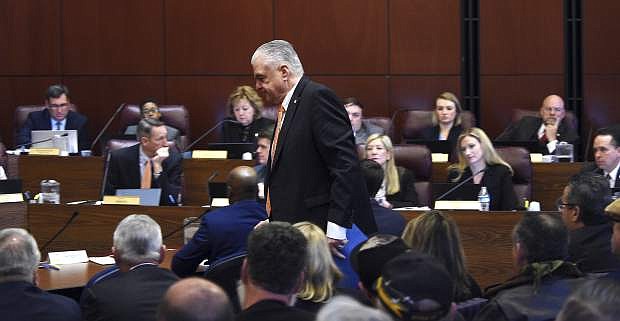 Nevada Gov. Steve Sisolak prepares to testify during a hearing for Senate Bill 143 at the Nevada Legislature Building in Carson City on Tuesday. 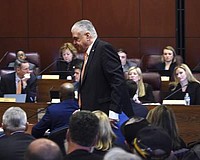 After more than seven hours of debate and testimony by more than 100 people, the Senate Judiciary Committee on Tuesday voted to do pass the bill designed to cure the flaw that prevented implementation of the voter-approved background checks law.