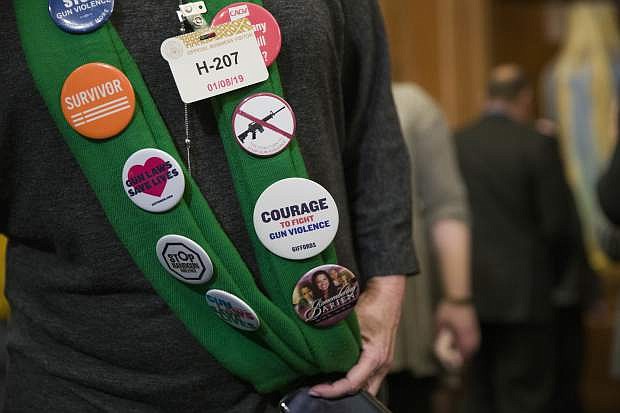 Sandy Phillips, whose daughter Jessi Ghawi was killed in the Aurora, Colo., movie theater shooting, wears a collection of buttons on her daughter&#039;s scarf before a news conference to announce the introduction of bipartisan legislation to expand background checks for sales and transfers of firearms, on Capitol Hill, Tuesday, Jan. 8, 2019 in Washington. (AP Photo/Alex Brandon) 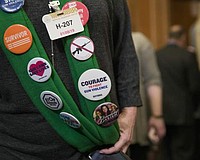 WASHINGTON — In a somber televised plea, President Donald Trump urged congressional Democrats to fund his long-promised border wall Tuesday night, blaming illegal immigration for what he called a scourge of drugs and violence in the U.S. and framing the debate over the partial government shutdown in stark terms. “This is a choice between right and wrong,” he declared.