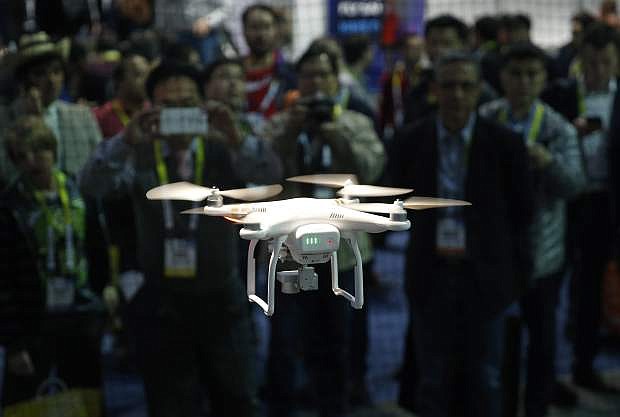 FILE - In this Jan. 7, 2016 file photo a drone hovers at the DJI booth during CES International in Las Vegas. The skies around Nevada&#039;s largest cities are about to see more drones, after federal agencies picked the state for testing remote-controlled aircraft in urban airspace. The Federal Aviation Administration and U.S. Department of Transportation announced Jan. 15, 2019, that the Nevada UAS Test Site Smart Silver State program will oversee testing in Reno and Henderson.(AP Photo/John Locher, File) 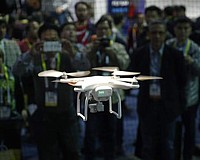