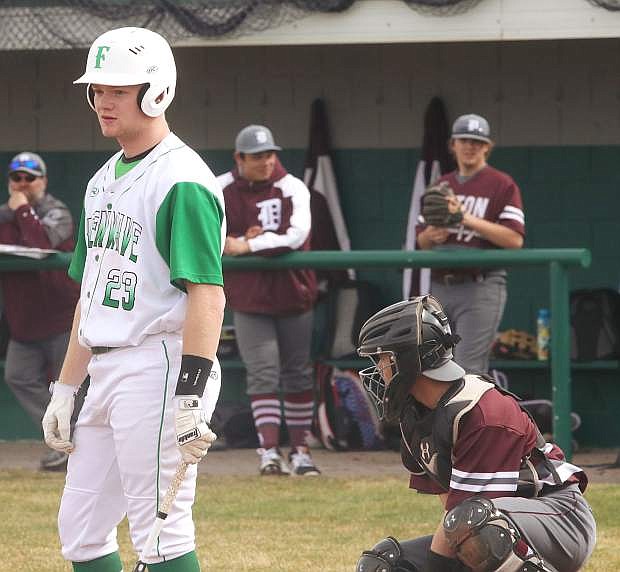 Shaw Lee, who hit a two-run homer in the first game of a doubleheader against Dayton, looks downfield toward his third-base coach.

Damien Towne had a successful debut as a Greenwave pitcher, leading Fallon to a 14-3 Northern 3A win in the first game of a doubleheader Monday.