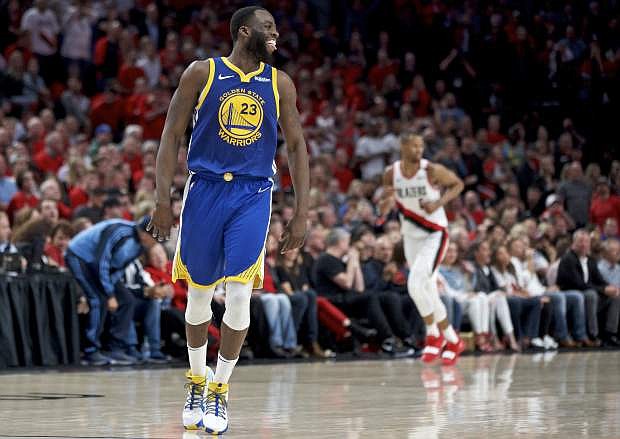 Golden State Warriors forward Draymond Green reacts after making a basket against the Portland Trail Blazers during the second half of Game 4 of the NBA basketball playoffs Western Conference finals Monday, May 20, 2019, in Portland, Ore. The Warriors won 119-117 in overtime. (AP Photo/Craig Mitchelldyer) 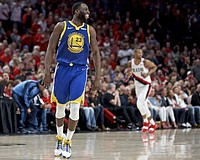 And now, they wait. Again. The Golden State Warriors have gotten used to going to the NBA Finals, and their win in Portland on Monday night clinched their fifth consecutive trip. They’ve also gotten used to waiting for those finals to begin, with long layoffs after the Western Conference finals having become their norm.