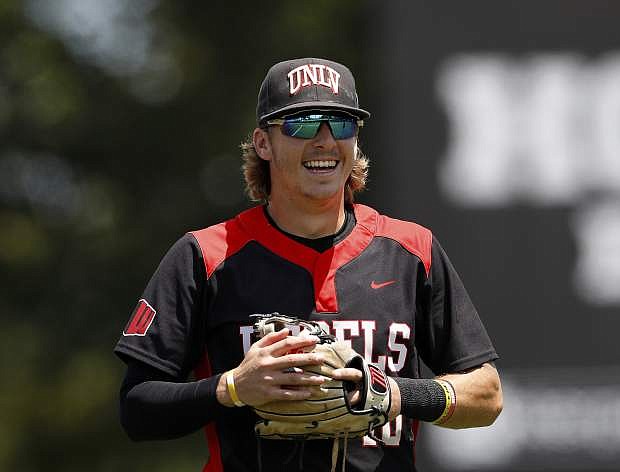 FILE - In this Sunday, May 5, 2019, file photo, UNLV&#039;s Bryson Stott (10) smiles prior to an NCAA college baseball game against the University of Houston, in Houston. Stott is ready to follow in the footsteps of superstars Kris Bryant and Bryce Harper, as the next major-league hit from southern Nevada. The UNLV junior is projected to go in the first round of June&#039;s MLB Draft, and it&#039;s the All-American candidate shortstop&#039;s humility that might be his most impressive trait. (AP Photo/Aaron M. Sprecher, File) 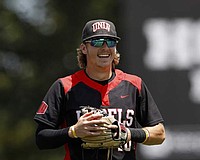 LAS VEGAS — Bryson Stott has already been following in the footsteps of some of baseball’s biggest stars. Now he’s getting ready to take the next step.