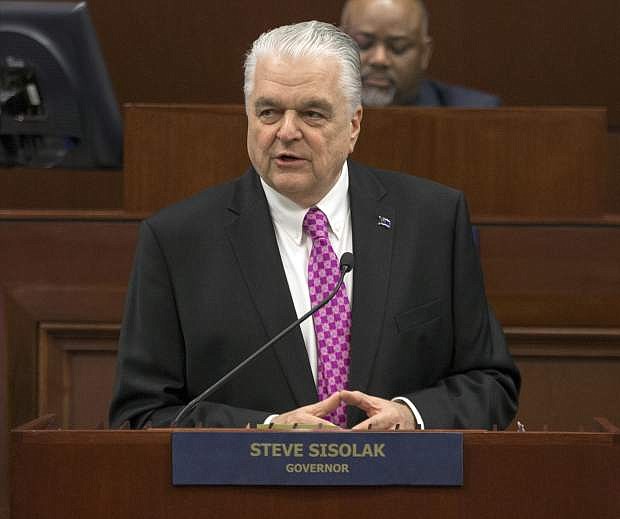 Nevada Gov. Steve Sisolak delivers his first State of the State address from the Assembly Chambers of the Nevada Legislature in Carson City on Jan. 16. 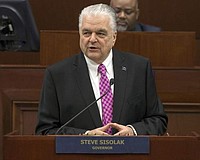 LAS VEGAS — Nevada could soon become the latest to pledge to give its Electoral College votes to whichever presidential candidate wins the national popular vote, even if another candidate gets the most votes in the state. The measure, which has passed the Legislature and will soon be on the desk of Democratic Gov. Steve Sisolak, would join Nevada with 14 other states in an agreement to cast their votes for the winner of the popular vote. The governor’s spokeswoman did not respond to messages on what he might do.