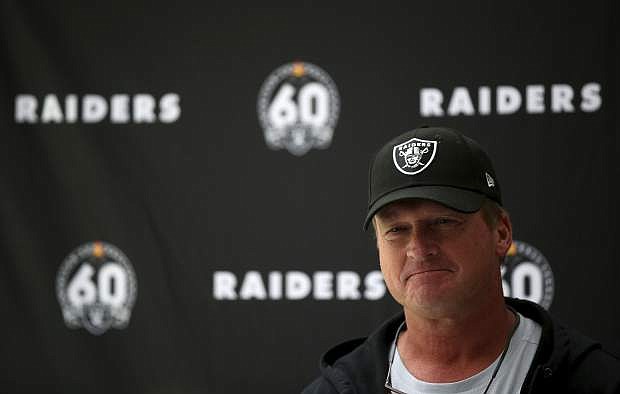 Oakland Raiders head coach Jon Gruden attends a press conference during the media day at The Grove Hotel, Watford, England, Friday, Oct. 4, 2019. The Oakland Raiders are preparing for an NFL regular season game against the Chicago Bears in London on Sunday. (Steven Paston/PA via AP) 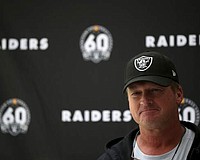 Khalil Mack delighted the Oakland Raiders for four seasons by racking up sacks, forced fumbles and other big plays as one of the NFL’s top defenders. Now he gets the chance to torment them 13 months after the Raiders traded their most productive draft pick of this century to Chicago following a lengthy contract holdout.