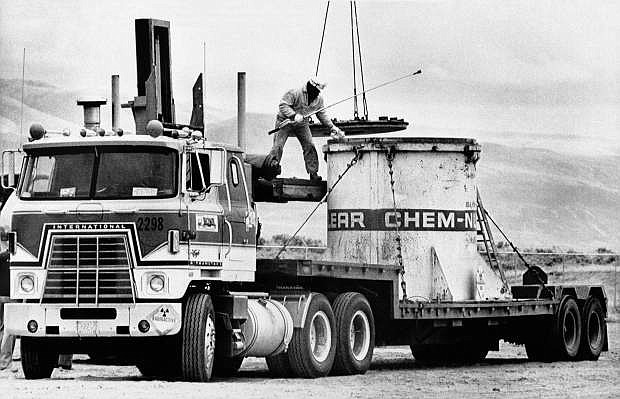 FILE - In this April 23, 1979 file photo workmen at Nuclear Engineer Co.&#039;s Hanford, Washington site remove lid from canister holding sealed container of low level radio-action waste. The waste was transported to the Hanford waste disposal site from the Three Mile Island Nuclear Power Plant, Unit #1 in Harrisburg, Pa. A fight is raging in courts and Congress over where radioactive materials should be stored and how to safely get the dangerous remnants of decades of bomb-making and power generation to a permanent resting place. (AP Photo/Mason,File) 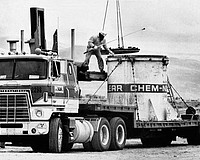 Has tech made moving nukes safe enough? Depends whom you ask

RENO — The plutonium core for the first atomic weapon detonated in 1945 was taken from Los Alamos National Laboratory to a test site in the New Mexico desert in the backseat of a U.S. Army sedan.