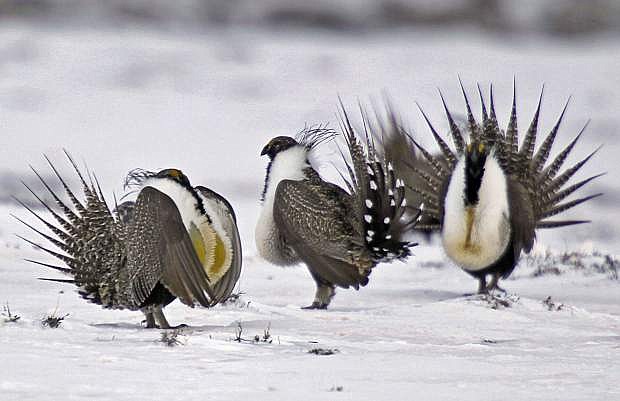 FILE - In this April 20, 2013 file photo, male greater sage grouse perform mating rituals for a female grouse, not pictured, on a lake outside Walden, Colo. A federal judge on Wednesday, Oct.16, 2019, has temporarily blocked the Trump administration rules that eased restrictions on oil and gas drilling and other development on portions of seven U.S. Western states. (AP Photo/David Zalubowski, File) 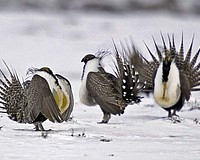 BILLINGS, Mont. — A U.S. judge temporarily blocked the Trump administration from easing rules on mining, drilling and grazing across millions of acres in seven Western states, saying such activities left unchecked were likely to harm a struggling bird species.