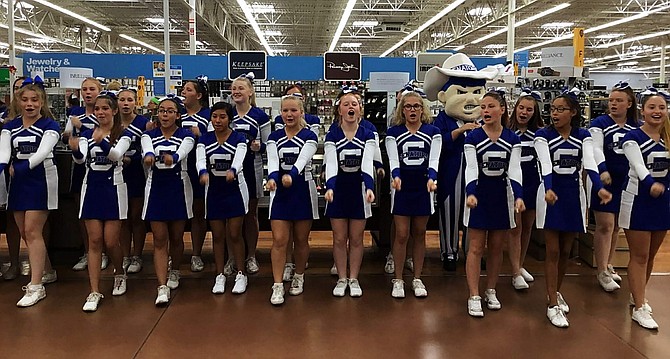 CHS Cheerleaders perform at Walmart in appreciation for a 5000 grant. 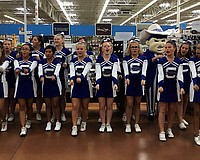