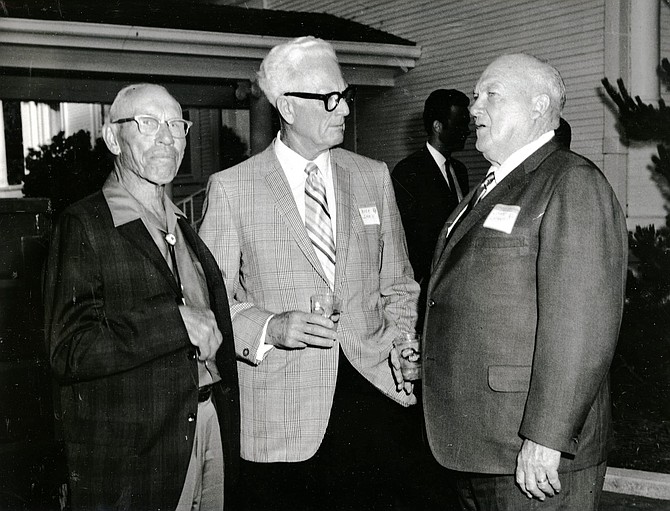 Jake Lawlor, Corky Courtwright, and Buck Shaw at the Governor&#039;s Mansion in 1970. 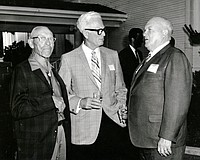 The Nevada Wolf Pack helped launch the career of one of the greatest football coaches in history. Lawrence Timothy “Buck” Shaw, the only coach to ever defeat Vince Lombardi in an NFL playoff game, spent six seasons with the Wolf Pack in the Roaring Twenties while Babe Ruth was hitting home runs, Red Grange was scoring touchdowns, Knute Rockne was winning college football games and Jack Dempsey was winning boxing titles.