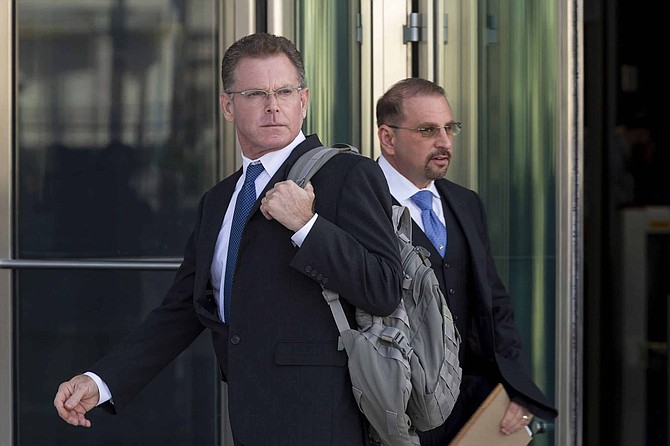 FILE - In this Nov. 19, 2019, file photo, Douglas Haig, left, and his attorney, Marc Victor leave the Lloyd George Federal Courthouse in Las Vegas, after pleading guilty to illegally manufacturing tracer and armor-piercing bullets found in a high-rise hotel suite where a gunman took aim before the Las Vegas Strip massacre two years ago. Haig is a 57-year-old aerospace engineer who used to reload bullets at home in Mesa, Airz., and sell them at gun shows. Douglas Haig has been sentenced to 13 months in federal prison after selling home-loaded bullets to the gunman who killed 58 people in the Las Vegas Strip shooting in Oct. 2017. Haig, 57, also was sentenced Tuesday, June 30, 2020, in Las Vegas to three years of supervised release after pleading guilty last November to illegally manufacturing ammunition. 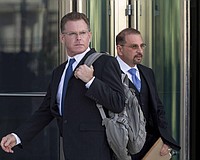 A Mesa, Arizona man has been sentenced to 13 months in federal prison for manufacturing ammunition without a federal license.