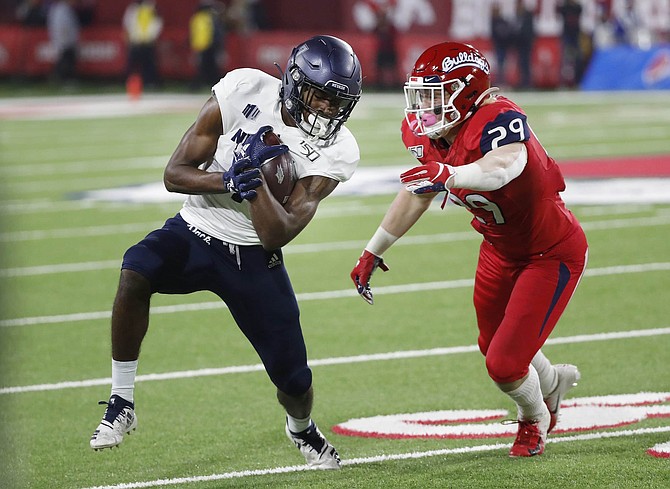 Nevada wide receiver Romeo Doubs runs for yards as Fresno State linebacker Justin Rice tries to hold on during the first half of an NCAA college football game in Fresno, Calif., Saturday, Nov. 23, 2019. 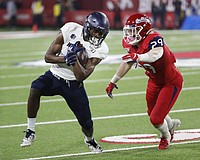 Why did the New England Patriots decide to sign Cam Newton instead of Colin Kaepernick? Kaepernick hasn’t played since 2016 but Newton was injured last year. Newton is 31-years-old and a little beat up. Kaepernick is 32 and fresh. Newton has completed 59.6 percent of his NFL passes while Kaepernick has connected 59.8 percent of the time. Newton has 182 touchdown passes and 108 interceptions while Kaepernick, in 56 fewer games, has 72 touchdowns and 30 picks. Newton has 4,806 yards rushing while Kaepernick, one of the greatest running quarterbacks in the history of the sport, has 2,300 yards on 559 fewer carries. Both took a team to a Super Bowl and lost. Both were drafted in 2011. They are basically the same quarterback except, of course, that Kaepernick has taken a knee during the anthem. We need the answers to just two questions now. Does Kaepernick really want to play? Does the NFL really want him on a roster? Until the answer to both those questions is yes, nothing else matters.