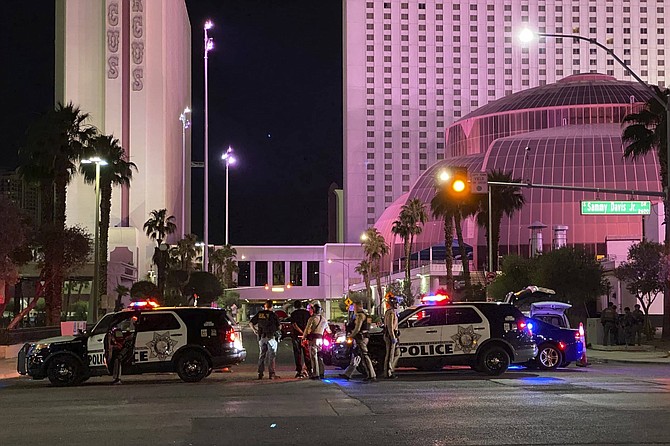 FILE - In this June 2, 2020, file photo, Las Vegas police block off a road at the Circus Circus hotel-casino after an officer was shot during a Black Lives Matter protest in Las Vegas. Officer Shay Mikalonis, 29, was shot during protests over the death of Floyd at the hands of police. Mikalonis is paralyzed from the neck down, on a ventilator and unable to speak, his family said in a statement released by police. 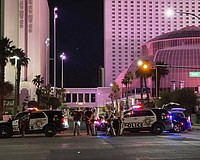