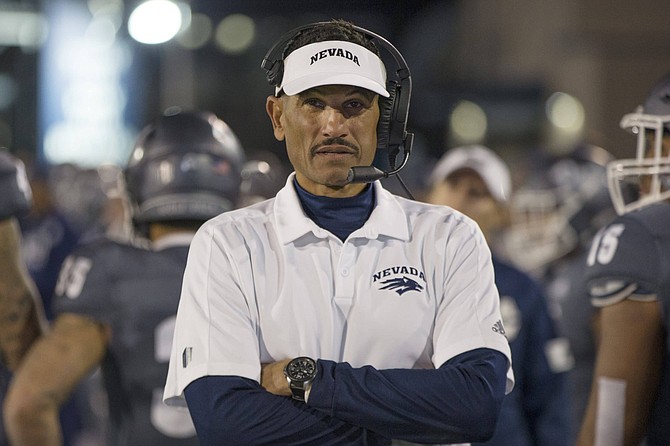 FILE - In this Nov. 2, 2019, file photo, Nevada head coach Jay Norvell works the sideline during the second half of an NCAA college football game against New Mexico in Reno, Nev. Colleges around the country finished off their football signing classes this week, proudly touting scores of African-American athletes as their next big stars. A review of all 130 FBS schools found shockingly low numbers, with blacks still largely shut out of head coaching positions and even more so the prime coordinator spots. (AP Photo/Tom R. Smedes, File) 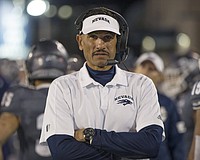 Joe Santoro: Nevada Wolf Pack, it's time for a title

This Nevada Wolf Pack football season just might be the start of something big. The on-again, off-again, back-on-again 2020 Nevada college football season will begin this Saturday (4 p.m., CBS Sports Network) when the Wyoming Cowboys come to Mackay Stadium to open an eight-game season.