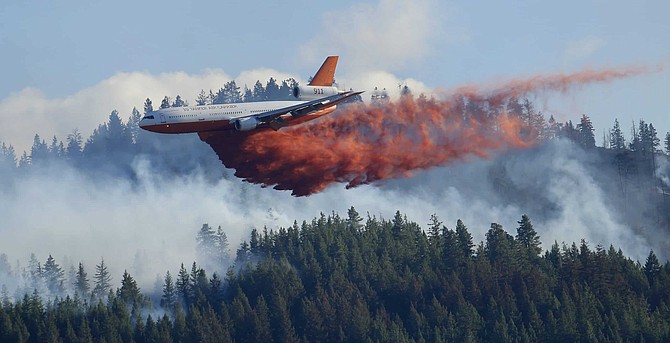 FILE - In this Aug. 21, 2015 file photo, a tanker airplane drops fire retardant on a wildfire burning near Twisp, Wash. The state&#039;s commissioner of Public Lands released a proposal Monday, Dec. 2, 2019, that provides some $63 million each year to fight wildfires and take steps to prevent them in the first place. (AP Photo/Ted S. Warren, File) 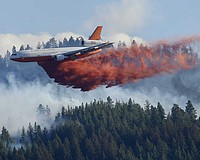 U.S. senators representing California and Nevada have petitioned the secretary of the Air Force to consider the Nevada Air National Guard Base in Reno for the home of eight state-of-the-art firefighting aircraft.